Last month Planet Follywood hosted its sixth annual Womanless Beauty Pageant, where 10 male contests donned their most fabulous dresses, wigs, and women’s fashion along with their female escorts, who also looked dashing in their gender-bending male attire. Always a popular event, this year’s pageant was dubbed “Glitz and Glamour,” and was a benefit for local resident Ozzy Garcia, who is currently battling lung cancer. 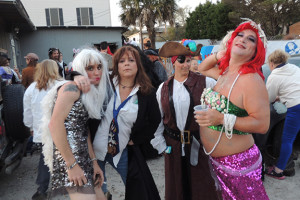 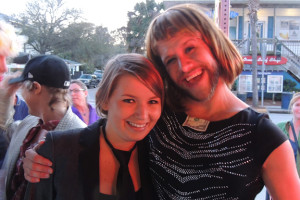 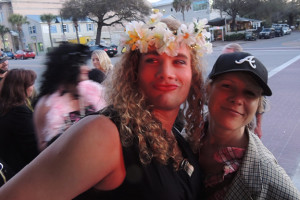 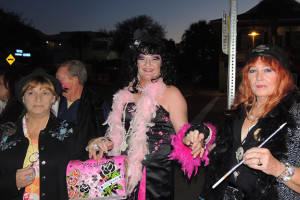 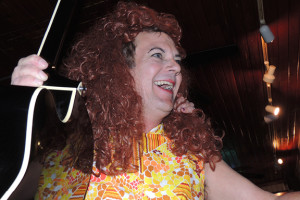 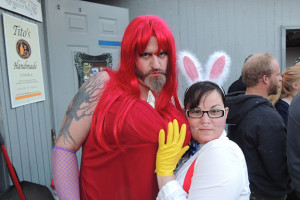 As always, Folly Beach turned out for one of our own. The event was only matched in its hilarity by the sheer generosity of the community, which in the end raised more than $2,500 for Garcia.

”The Follywood community is always very supportive, especially when it comes to one of our own,” said Planet Follywood owner and City Councilman DJ Rich. “Ozzy is a beloved person and people know what a black cloud cancer has been on our island lately, so they have been especially supportive lately.”

Inside Planet Follywood it was standing room only as patrons poured out onto the sidewalk. Passersby tried to find a space between neon beer logos and the “Free Beer Tomorrow” sign to peer through the pane glass window to see all the action. Roger Rutledge emceed the event fabulously, coaxing patrons out of their dollar bills and reminding everyone that while the event was a good time, it was also for a good cause.

“We want to thank everyone for coming out and participating. It’s not an easy sell to get guys in dresses strutting around, but Folly comes together in a lot of ways,” said Rich, who stopped just short of saying it was the greatest Womanless Beauty Pageant of all time. “It was a great night with a great crowd, but it’s like that every year.”

In the end Beatrice (aka Matt Nelson) and his shapely legs and Tracey  (aka Teresa “Sweet T” Parrish) and her fabulous mustache, were crowned the Queen and King of the sixth annual Womanless Beauty Pageant. But the real winners were all of those who showed up and shelled out their hard-earned money for a worthy cause.

The day after the event, Rich was already thinking about how he could top it next year. “This event has grown so much since my grandmother started it that we are going to look at a lot of ways to expand it, possibly some sort of tour or way to show off the contestants to all of the commercial district,” he said.

If you would like to make a contribution to Ozzie Garcia’s fund, please stop by Planet Follywood and talk to DJ Rich at 32 Center Street or call 588-7380.