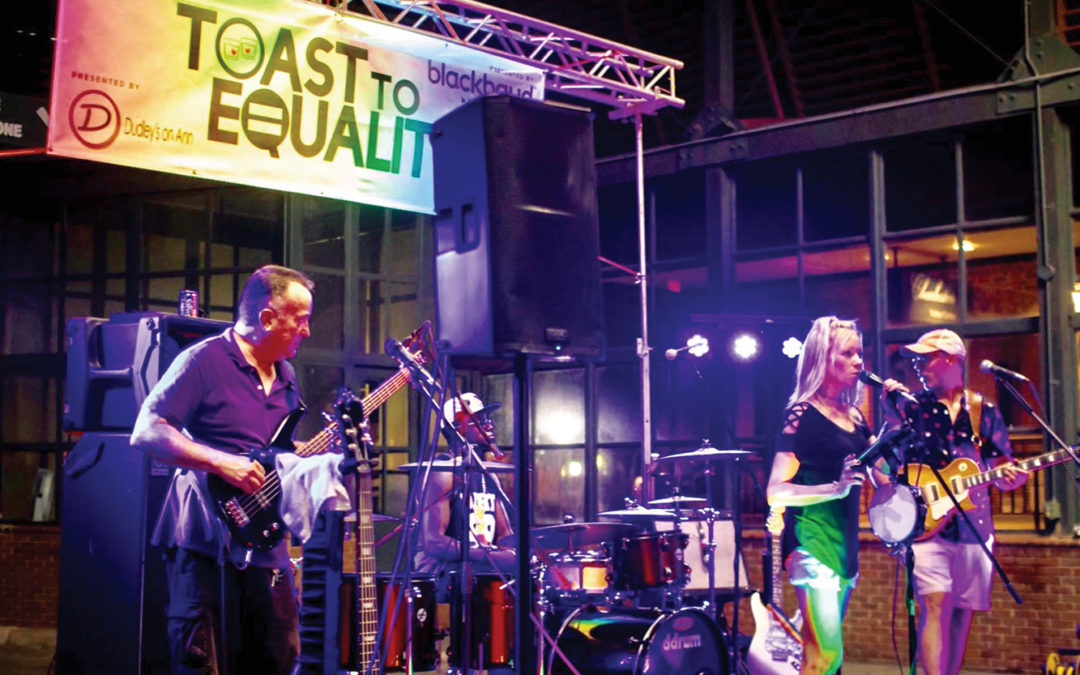 When watching local band Bender Funk in action, it’s extremely hard to believe that they have only been performing together for a little more than a year. With the sultry yet soulful sound of Jaymee Zdanek’s lead vocals, Todd Mason on lead guitar, Keene Fleck on Bass, and Chris Bonneau on drums, Bender Funk is one of Charleston’s busiest up and coming bands.

In college, Zdanek’s roommate convinced her to sing with her gospel club. “She knew I loved soul music and would have fun,” she says. Singer and songwriter for the band, Zdanek’s drive and powerful soul fuels the band’s passion.

Back when she was waiting tables at Rita’s on Folly, Zdanek would get up and sing with other bands. Now finally having a band of her own she’s stoked to be playing music full time and coming back to a restaurant where she formerly waited tables.

It’s been quite a journey for Zdanek. “I’ve seen myself personally grow and the band grow together,” she says. “Everyone (in the band) has their own sound and we’ll melt into one sound.” This is evident when you  hear live versions of songs written by varying artists such as Susan Tedeschi, Stevie Wonder, John Mayer, Joe Walsh, Bonnie Raitt, Bob Dyan, and Bob Marley. B. Funk has a way of making these disperate styles their own.

“We’re just put here to do what we’re meant to do,” says guitaris Mason.

Their sound is comprised of the shredding guitar solos of Mason (aka The Toddfather), Fleck’s deeply heart-warming, booming bass lines, and Chris Bonneau’s rock solid fills and steady pocket flows from the drums. Throw in Zdanek’s soulful voice and you have a Bender Funk.

The band played at The Purple Buffalo in North Charleston for the first time on Aug. 21, opening up for New Orlean’s band The Crooked Vines.

Bender Funk recently played a fundraiser at dive and biker bar, The Celtic Knot, in Summerville which was held for a local woman with a brain tumor. Together, they raised enough money to pay her medical bills for three years.

There will be plenty of chances to catch the B. Funk fever this month on Folly Beach. They play every Friday this month at Rita’s Seaside Grille. They will also be playing a gig at Planet Follywood on Saturday, Sept. 15 before once again gracing the stage Surf Bar on Wednesday, Sep. 26.