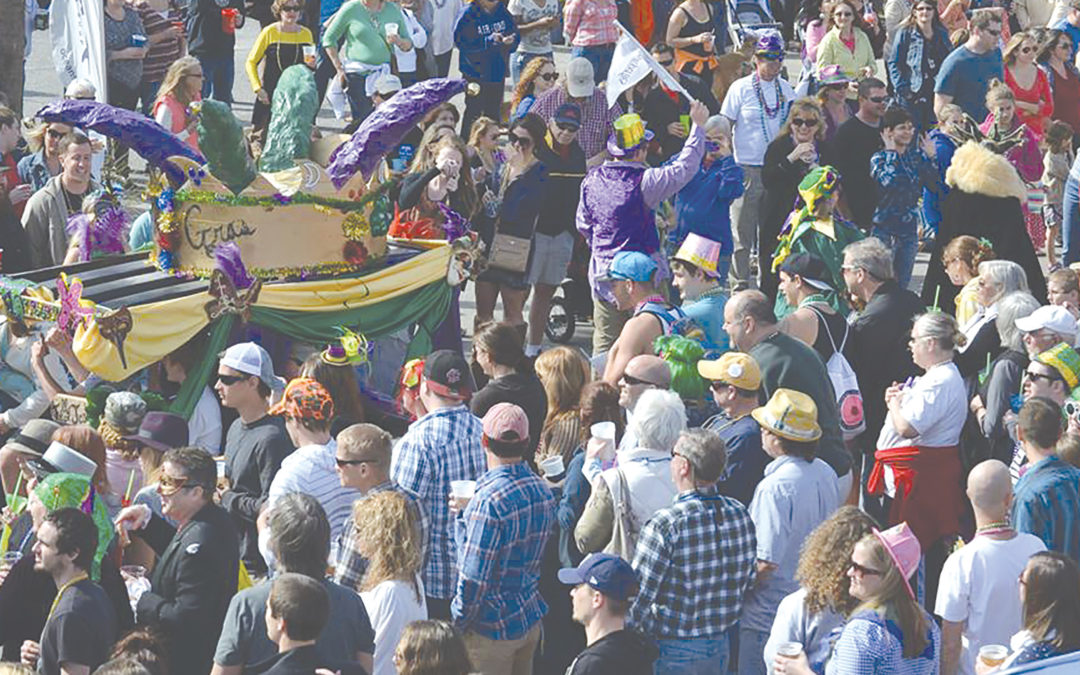 Love it or hate it, Folly’s most polarizing steet festival returns this month for another round of New Orleans-styled fun on Center Street. The 11th annual Folly Gras Parade & Block Party will be held from 10 a.m.-4 p.m. on Saturday, Feb. 23, between Huron and Arctic Avenues.

An ode to New Orlean’s famous Mardi Gras festivities, but with a Folly twist, in the past Folly Gras has drawn in upwards of 10,000 people. Festival organizer Kelly Russ, is planning for another big turnout this year.

Put on by the Folly Association of Business (FAB), this year’s event aims to build off of last year’s more family-friendly event. This year there are two separate dedicated kids areas. Below is information about all the activities at this year’s Folly Gras.

Admission:
Admission is free for Folly residents and kids 12 and under. For non-residents, the cost is $10 in advance, either online at www.VisitFolly.com or for cash only at Folly Beach City Hall or the Folly Beach Library. Or you can also pay $10 cash at the door. Advanced ticket holders will receive express entry into the event. .

Entrances:
The festival will have seven entrances, two at Arctic Avenue, two at the East side of Hudson, West Hudson, East Cooper and West Cooper. Express lanes for advanced ticket holders and residents will be on both sides of Hudson and Cooper avenues.

Parade:
The parade starts at 11 a.m. on West Ashley Avenue. Registration for large vehicles and floats is $20.  Smaller vehicles/groups such as golf carts, walkers, bicycles is $10. Registration is free for Folly reidents. All parade participants receive free admission to the festival. The parade route will run down Center Street and exit on West Hudson Ave.

Live Music:
This year’s music lineup features national touring band and Folly’s own Dangermuffin along with Sunny Ledfurd. They will be joined by several local acts across three stages at Ashely, Erie and Huron avenues.

Food & Vendors:
The Folly restaurants will take to the street to serve up their best Mardi-Gras inspired dishes. Over 40 arts, craft, jewelry, etc. vendors will line Center street. And dont forget to check out the Fortune Teller.