The Last Hurrah for Folly Gras 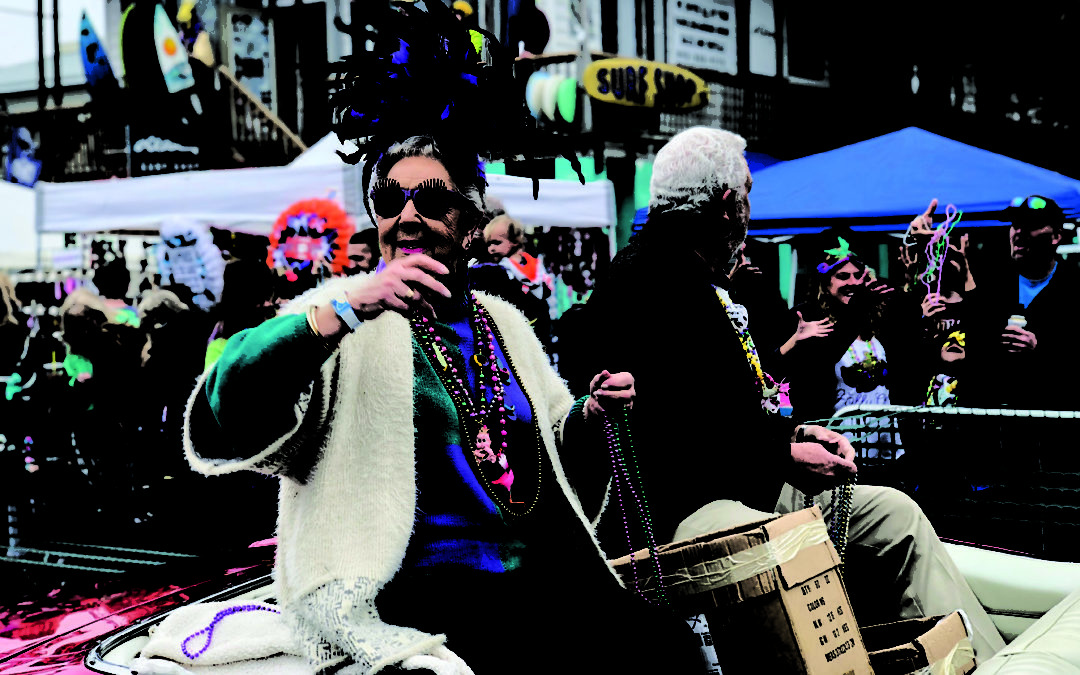 Most people have seen the video by now. A young girl kicks a defenseless bouncer in the head as he subdues an unruly young man on Center Street. The bouncer falls to the concrete, terrifyingly unconscious. It’s a scary thing to watch and a shameful display of humanity. It’s also something that has become commonplace at Folly Gras, a street festival modeled after New Orleans’ famous Mardi Gras. Just this time it was caught on video and the rest of the community — and the world — got to see what many residents have already been saying for years, that this festival is not a good reflection of what Folly Beach is about and it needs to end.

While the girl’s kick wasn’t what ultimately knocked Folly Gras out, it did effectively serve as the final blow in a fight that has been raging on Folly Beach for several years. In the 24 hours after the streets were cleared and all the trash was picked up, the video had gone viral.

The next day, Mayor Tim Goodwin did not mince words. “I’m done with Folly Gras,” he said simply. He wasn’t the only one who had had enough of the controversial street festival. Residents outraged over the events  had taken to social media and called councilmembers as well as the mayor to voice their disapproval.

“I did not think Folly Gras went well,” said Folly Beach Public Safety Chief Andrew Gilreath with the understatement of the year. “I would say that in regards to poor behavior it was similar to the 2017 event.”

That year there were dozens of arrests and a call from residents and City Council to overhaul the entire festival, which is put on by the Folly Association of Business (FAB) as a way to bring people to the beach during a slow winter month. But the festival has grown into something that has become unmanageable, according to Goodwin.

After a relatively calm festival last year, Folly Gras returned to form this year. According to Gilreath, there were 138 calls for service, 27 people arrested, and 34 citations/warnings handed out, not counting the hundreds of parking tickets that were issued.

Goodwin said he didn’t think that there was any amount of preparation that could have prevented things from getting out of hand the way they did.

According to Gilreath, every single person he employs was on duty for Folly Gras. Additionally, FAB hired 71 private security people. FAB president Steve Carroll said he got conerned when he saw party busses dropping off people who clearly had already been drinking. According to Carroll, 53 fake IDS were confiscated at the door and dozens of people were turned away for being intoxicated before entering the festival. But it still wasn’t enough. Around 11,000 people were counted coming through the festival gates and it proved too much for Folly’s small public safety staff.

“I don’t think we could have hired enough policemen to be here,” said Goodwin. “I don’t think there is enough free-time policemen in the Charleston County area not working already to be here.  It’s just outgrown itself on Folly Beach.”

Carroll and Goodwin spoke the day following Folly Gras and both agreed it was time to pull the plug on the event. An audible collective sigh of relief could almost be heard around the island when the two gave a joint press conference on Monday, Feb. 25 announcing the end of Folly Gras.

“This does not mean that we will quit having things on Folly Beach,” said Goodwin. “There’s other smaller festivals, like Sea & Sand Festival, which will still be great. The Christmas Parade and Santa Clause for Children and that kind of stuff. We will still continue to have stuff for the community.”

Carroll, who is part owner in The Washout on the corner of Center Street and West Hudson Avenue, just took over as FAB president the previous month. He agreed with the mayor that Folly Gras had outgrown Folly Beach.

“When you max out a city street, the resources that come with it, the volunteers, and then you have some undesirable behavior, it just takes the fun right out of it,” said Carroll. “It divides the community … It’s crazy for us to allow six hours to define the relationship of the business association, the city, and the community.”

The mayor showed his gratitude that FAB was in concert with him on the need to finally discontinue Folly Gras. “I’m glad the business association agrees with us,” said Goodwin, who did not blame Carroll or FAB festival coordinator Kelly Russ for the unruly crowds.

“It’s just a festival our public safety department doesn’t need, our city doesn’t need, and our residents definitely don’t need it,” added Goodwin. “Folly Gras, really over the years, has just outgrown Folly Beach. And we’re putting it to bed. Rest In Peace. And we hope to see you at the next Festival.”