One Last Taste of the Bayou 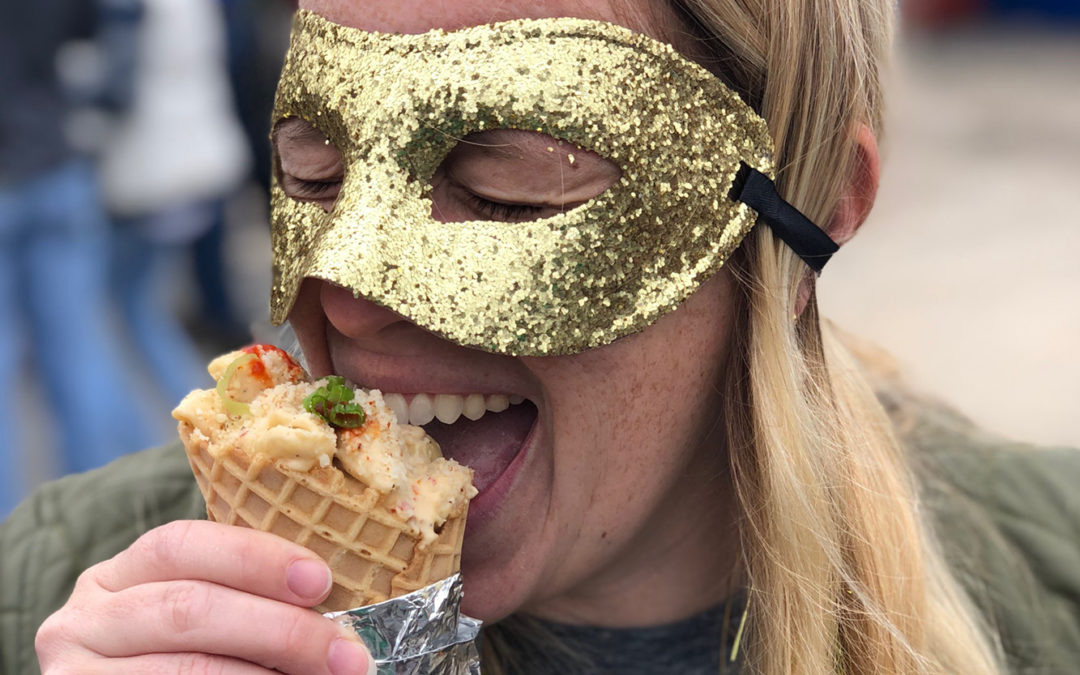 On a day full of lows, the Food at Folly Gras was A highlight

Paying homage to New Orleans’ classic street party, Mardi Gras, this year’s celebration on Folly was yet again a scene that you had to see to believe. And for many, one that they might rather forget.

While the outlandishly outfitted parade was certainly a hit, the outlandishly acting drunk people were not as popular. In the end, it was the food, not the booze, that was the best part of the whole day in what turned out to be the last Mardi Gras celebration to be be held on Folly Beach.

And while the drunken revelry will not be missed by many, the annual celebration of New Orleans food surely will. At least this year’s offerings are worth revisiting.

Lining the streets amongst the costumes and beads this year were plenty of restaurants and vendors serving many tasty treats that were inspired by Cajun and Creole classics.

A consensus of favorite items included,  but were not limited to: Jack of Cup Saloon’s spin on a favorite with a Creole Mac & Cheese served in a waffle cone. They also served up a Warm Baguette Muffuletta, and Street Corn Corn Chowder. Blu served up some tasty Island Coconut Shrimp Curry and Chicken Sausage Gumbo. Planet Follywood always gets in the spirit, and was slinging some true ‘Nawlins fare with an Alligator Po Boy, Gumbo, Shrimp and Grits and real-deal King Cake. No surprise that Chico Feo got cretive with their Folly Gras food offerings, serving what they called “Cai-jin,” an Asian-Cajun fusion dish, which consisted of crispy pork belly, Szechuan pickled radish, garlic rice with a white miso sauce.