Lost and Found on Folly 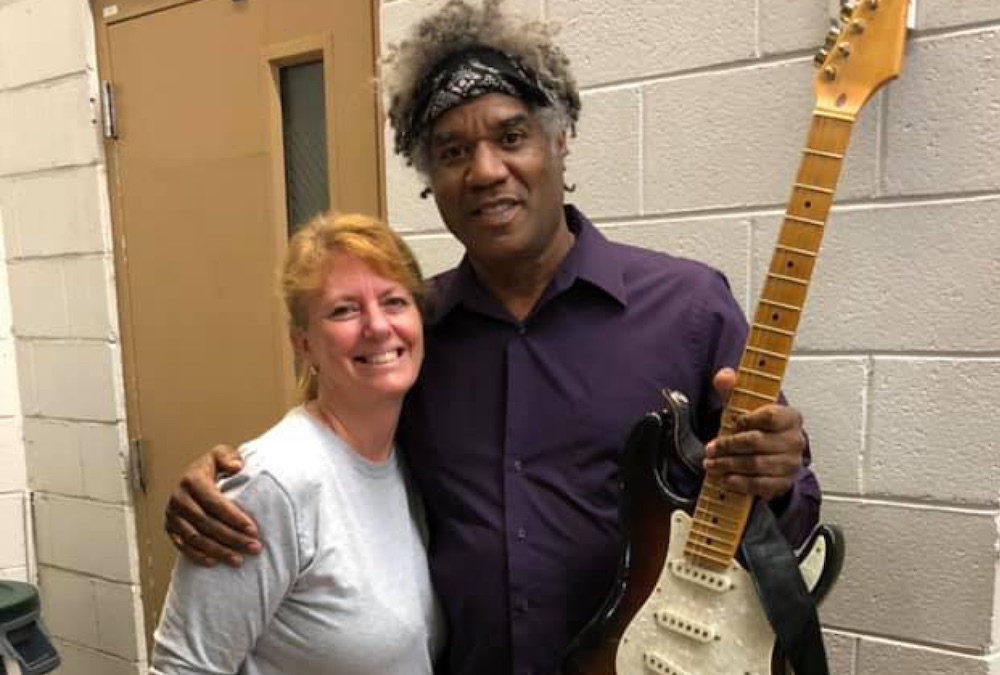 More than a decade after his one-of-a-kind guitar went missing from the room above what’s now St. James Gate, musician Lance Starr has been reunited with his long-lost instrument. The electric guitar was found in 2008 and placed in the lost and found at Folly Beach City Hall. Starr, who’s been playing music for more than 30 years, first moved to Charleston from his hometown of Cleveland, Ohio in 1996 to play reggae music. He explained that the Jamaicans he knew in Cleveland claimed that he was faking being American and believed that he was really a Jamaican, so they called him ‘Starr’ and the name stuck.

Starr’s first band, Reggae Nation, toured along the East Coast from Boston to Key West, until he found himself in Pensacola, Florida where he started his next band Satta. And then Starr pursued a solo career when he moved to the Lowcountry in in 1996, playing gigs all over Charleston, from downtown at The Music Farm to James Island and Folly Beach.

On Folly, Starr enjoyed jamming at Tides (then The Holiday Inn), Rita’s, and Surf Bar. In the past Starr has also performed at Piccolo Spoleto Festival and MOJA Arts Festival. Last year, he headlined Jerk Fest at Magnolia Plantation, singing to 2,000 festival-goers. “Feels better to play for 1,000 people for free than being paid to play for 100,” he says.

Currently, Lance Starr plays guitar Sundays at Ebenezer AME Church downtown and Mount Zion AME Church. About 15 years ago, Lance opened up for Ziggy Marley at The Plex in Charleston. Mr. Starr has shared the stage with artists such as Gerald Levert, Third World, and Yellow Man.

Starr first picked up a guitar at the early age of 8. When he was 15, a schoolmate named Kevin gave him a kickstart by teaching him to play. Starr first studied dancehall reggae but now his sound has evolved to a more bluesy-jazz style. He says his guitar playing has been influenced by famed guitarists such as B.B. King, Bob Marley, George Benson, Jimi Hendrix, Santana, Gary Clark Jr., and Wes Montgomery.

Starr’s lost guitar was custom made by a guitar company in Seattle, that operates under the name Boogie Bodies. The luthier (someone who makes stringed instruments), Lynn Ellsworth, has made guitars for guitar legend Eddie Van Halen. Eric Clapton liked the bodies of Boogie Bodies guitars so much that he would screw Fender necks on their guitar bodies.

Since the guitar was custom-made for Starr, there was no serial number visible on the outside so when it ended up in City Hall’s Lost & Found back in 2008, there was no way to identify it. Recently Public Safety was cleaning out some Lost & Found items to put on an auction site and the guitar garnered a lot of attention. After nearly 12 years, Public Safety employees unscrewed the neck of the guitar from the body and noticed the name Boogie Bodies was stamped inside next to Lance Starr’s handwritten name.

The one-piece body of the guitar is made from Alder wood with a Sunburst lacquer finish, all gold hardware and the old bridge style seen in guitars from the ‘50s. “The guitar has a vintage tone like one of Buddy Holly’s,” says Starr. He estimates the guitar to be worth anywhere from $2,500 to $4,000 now.