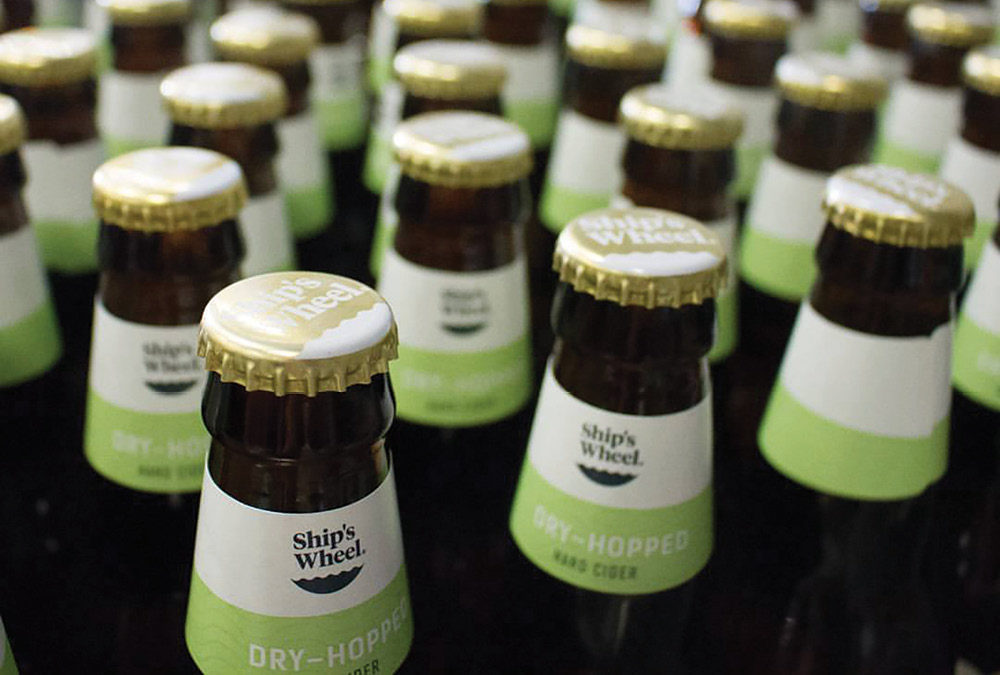 Cider drinkers used to be few and far between in our country, and the cider that was mass-produced and available was often associated with sugary sweet concoctions marketed towards wine drinkers as an alternative to beer in certain situations.

I was first introduced to hard cider at the tender age of 21 at a sports bar in Atlanta where I worked at for many years. We served a deliciously semi-dry and bittersweet European cider called Woodpecker (not to be confused with the popular American version, Woodchuck) on draft, and it was crisp and perfect at the end of a long, hot shift during football season. Unfortunately, this cider isn’t as readily-available in the U.S. as it used to be, but thankfully many other great ciders have come out since.

As a cider drinker myself it used to be difficult to order one without receiving an eye roll from the bartender, and now those times are finally changing. Hard cider started as all the rage in England in the 1600s as an alternative to drinking contaminated water that was available at the time. Prohibition helped cider’s journey through time as many attempted to pass it off as just a form of apple juice, and so it briefly skirted through the market that way. Modern times have started treating it with more of a grown up approach, by allowing its complexity to shine through. Although France is currently the largest cider producing country in the world, USA is playing catch-up at number four with ciderys in 48 states. The Jamison family in Charleston is helping that number with their Ship’s Wheel Cider.

Scott and Cindy Jamison recognized the absence of locally-made cider in Charleston, and since they already had a love of the beverage, they decided to jump into the market to be the first producers in coastal South Carolina. Along with their family members Andrew, John, and Maggie, Ship’s Wheel is serving up some seriously flavorful suds.

Making cider is very much like making wine in the way that juice from apples is fermented with yeast the same as winemaking is with grapes. In fact, cider is technically classified as a wine by the Federal and State government.

Cider can be made from other fruits such as pears, cherries, and berries, but the industry’s favorite is obviously made from apples. Folly Beach reisdent Andrew Jamison says Ship’s Wheel uses a blend of multiple apple varieties from New York state and looks forward to eventually using apples from the Carolinas and Virginia once they have the upcoming cidery/tasting room open in Park Circle. Andrew and his family pride themselves on the pure, balanced flavor of the apples and by using crushed apples in their process rather than juice concentrate like some other companies make the mistake of doing.

Ship’s Wheel currently offers three styles: Original Blend that is slightly sweet and tart; Dry-Hopped, which has a drier, bittersweet kick; and Summer Splash which adds a touch of grapefruit to the tart apple blend. They are all delicious on their own, but if you’re in to experimenting with mixology they are fun to add to cocktails as well. You could add a shot of cinnamon flavored whiskey to the Original Blend for a spiced apple flavor. The Summer Splash would be yummy as a topper to a classic vodka soda.

Although there’s no hard date set just yet, the previously mentioned tasting room at 1033 & 1037 East Montague Ave. in Park Circle is nearing completion, and I will personally be excited to leave our little island for a field trip to check it out. Meanwhile, you can find Ship’s Wheel at many places on Folly Beach, including Blu, Loggerhead’s, Drop-In, Chico Feo, Planet Follywood, Surf Bar, and others.

While there are plenty of new breweries popping up around Charleston, the addition of this cider company is already receiving a warm welcome. In the meantime, next time you’re shopping at the local Harris Teeter or hanging out at your favorite Folly Beach watering hole, be sure to purchase an ice cold Ship’s Wheel cider and you’ll see just what all the fuss is about.