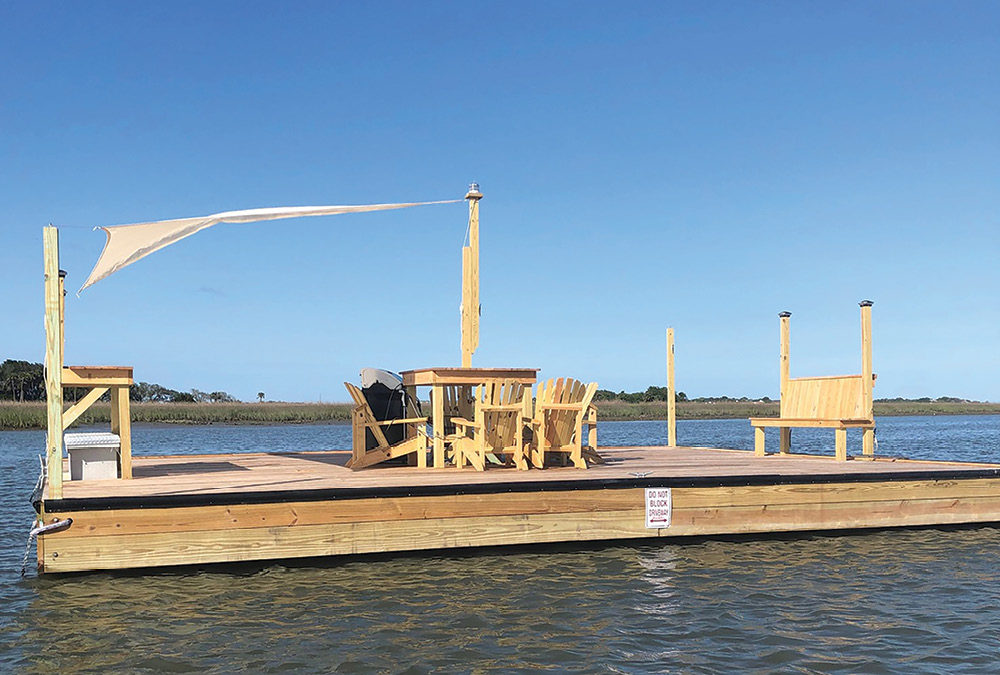 So many things are no longer allowed on Folly Beach, and the list may be getting longer. Dogs this time of year,  drinking on the beach, and Folly Gras may soon be joined by digging holes, floating “island” docks, and music louder than a toilet flushing.

And for a host of reasons, it appears.

City Councilmember Teresa Marshall is spearheading an effort to curtail the digging of big holes along the beach. Two reasons: turned ankles and turtles.

It seems that it has become a popular activity along the beach to dig holes big enough to sit in, sometimes entire families. Is it to create a windbreak, or get down to cooler sand? No one knows.

But when li’l John Deere from Ohio decides to pack it in for the day, he routinely fails to fill in the hole he’s dug. And that can lead to a snapped ankle by someone trying to stroll the oceanfront after the sun goes down because they can’t see the looming abyss.

Also, momma turtles can fall into the holes and fail to nest, costing them a round of offspring.

“You can dig holes, I didn’t say you couldn’t dig holes; but you gotta fill’em in when you’re done,” says Marshall, who also runs efforts to save turtles on Folly.

She says she’s found holes so big that she had to get workers from the Public Service department to come and fill them back in. While no one has fallen in one and broken a leg since she’s been on Council, she says it’s just a matter of time.

“Guests come to Folly looking to have a good time and digging a huge hole to build a sandcastle is all well and good,” says Marshall. “But cover up the hole and take it (the sandcastle) down afterward, especially during nesting season.”

Marshall says this year is projected to be a record year with turtle hatchings. “We already have 20 nests on Folly. Typically, this time of year we have only one or two nests.”

By press time for this edition, the floating dock in the Folly River may well be gone. Not that a private enterprise that sits in the middle of a public waterway where other craft pilot could EVER cause a problem, especially unmoored in a storm smashing into boats or docks.

The letter was sent to the Newport, Rhode Island parent company of a local charter company that says, in part, the very presence of the floating dock was a violation of state law.

It further gave the company 30 days to remove the dock, and that it was not to return. If it was not removed, the letter says the department will initiate “an enforcement action and the assessment of civil penalties, which can include” fines and fees.

One addition to the no-no list appears to have had some wiggle room. Initially, an exploratory committee recommended to Council an ordinance that would limit outdoor music and noises to being no louder than 65 decibels at the nearest residence from the source.

The original proposed ordinance was also meant to quiet down outdoor weddings and house parties.

Several local businesses complained that was too quiet, as it would be no louder than a normal conversation as recorded at the residence. They further complained they’d been cut out of the process until it was too far along to affect any compromise.

Apparently, their complaints were heard about the noise, and a modified noise ordinance was proffered at a special meeting, which came after press time.

That compromise increased the sound that could carry from an outside noise or music source to the nearest residence to 75 decibels. That is the same level as sitting next to a vacuum cleaner or a flushing toilet.

So, if you really want to get in trouble this summer, dig a big hole, put a floating dock in it, and then play music louder than a toilet flushing. And people wonder why we can’t have nice things.