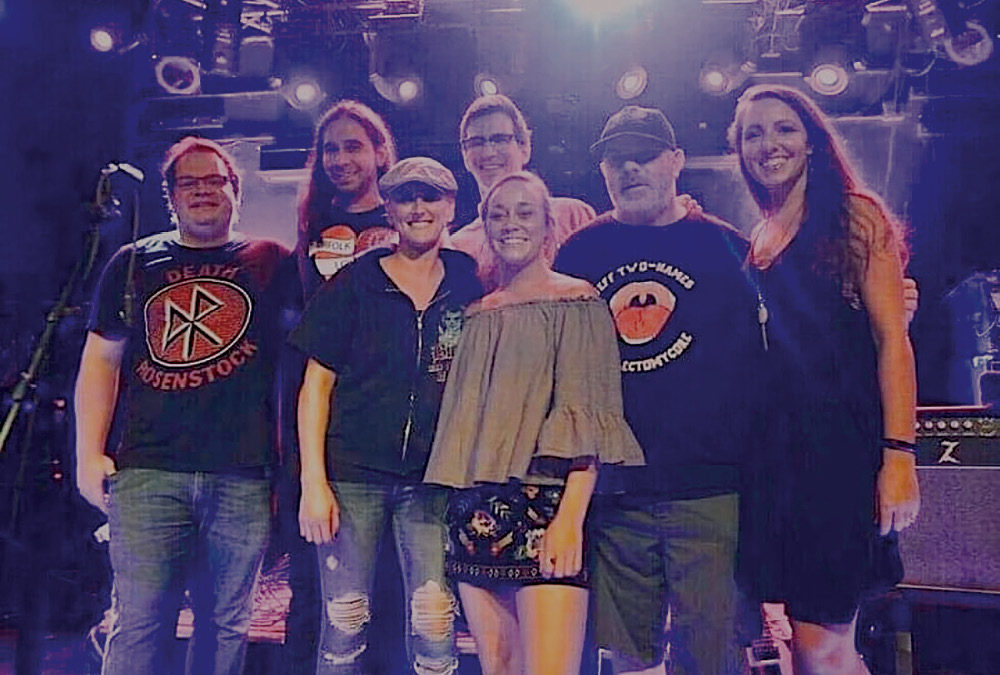 The mastermind behind the band is percussionist John Picard, who has traveled up and down the Atlantic Seaboard playing reggae music. During this time, Picard spent traveling with his eyes and ears wide open to new sounds, including a stint in Jamaica that created a wealth of experience, which echoes in the nuance of the band’s performance.

“In New York, in Florida, even in Jamaica, the reggae music scene … it’s a close-knit circuit, much like a motorcycle gang.” says Picard. “Everyone knows everyone.”

While in Jamaica, Picard performed at The Jamaica Grand in Ocho Rios, working playing in the resort band, then dove into that culture.

Founding members, Picard (drums) and Vasily Punsalan (bass) first began their journey as a duo, backing John Brown’s Body’s Kevin Kinsella more than a decade ago. They met at Millennium Music record store, previously located in downtown Charleston on the corner of King and Calhoun streets.

In 2006 they moved up to Ithaca, N.Y. to work with Kevin Kinsella from Ten Foot Ganja Plant and started the reggae band Food, Clothes & Shelter.

The well-traveled Picard has had the pleasure of performing with legendary reggae artist Yellowman, as well as reggae group The Itals. Guitarist and vocalist Andrew Krepelka began playing and touring with his band Andy & The Jivers when he was only 16 years old.  Based out of Charlotte, Krepelka moved to Asheville, N.C. where Andy met Well Charged bassist Punsalan.

Punsalan and his wife then moved to Charleston. Krepelka moved shortly after.

Upon returning to the Lowcountry, Picard met Daisy Hillis (keys) after noticing some patches sewn to his jacket. Picard was performing with Charleston’s International Morality at the time.

Picard went on to play in the Charleston based punk band Sex Wax with Hillis. Shortly thereafter, the group invited longtime ska-reggae musician Krepelka to join them. Lead singers Megg Howe and Mel Walker joined the group in 2018 and 2019, respectively.

“I’m very lucky and honestly, I needed it. We all needed it,” says Picard. “It’s very hard to find musicians who aren’t jaded and who are able to leave their egos at the door. It’s a well oiled machine.”

The band released their debut EP in October of 2018. The four-song record was tracked by Carl Blackmon of Signal Fire at Lift Up Records in Wilmington, N.C. and mixed and mastered by ska revivalist Jayson Nugent of The Slackers in New York City.

According to Picard, the band enjoys performing covers of artists such as Bob Marley, Curtis Mayfield, and The Delphonics.

On Saturday, Jan. 25, Well Charged will perform at Surf Bar and frequently can be found at LowLife bar’s Ribs & reggae series.