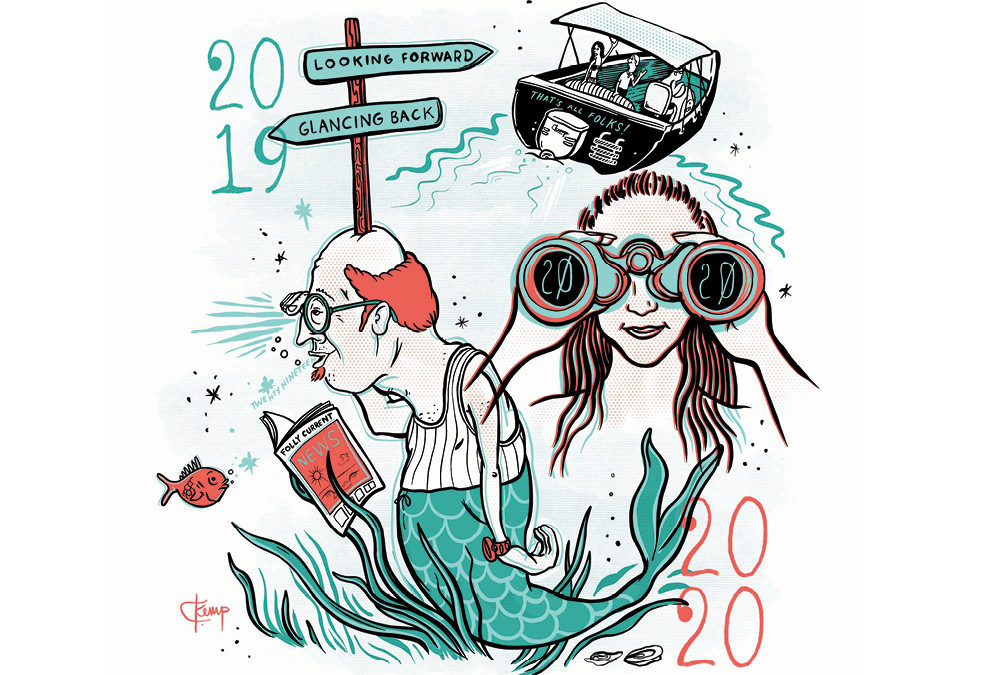 Coming year going to be a busy one at the beach

“2019 was a year where we talked about doing stuff, and 2020 will be the year we get all that stuff done,” says City Councilman DJ Rich.

With no renourishment projects in the offing, and hopefully no hurricane on the horizon, the city can bear down on a host of safety and infrastructure-related issues.

Consider the following agenda items that are getting crossed off in the coming year on Folly, according to city manager Spencer Wetmore:

• The Folly River Park dock will get rebuilt, with work beginning in February.

• Construction of pedestrian paths will get kicked off late next year, with completion expected in winter of 2021.

• The city’s drainage study will wrap up, and new drainage pipes will begin to be installed along 9th West starting in January, as well as along E. Ashley and 2nd Street.

• The latest 50-year renourishment study with the U.S. Corps of Engineers will conclude, mapping out the possible path for future beach renourishment projects.

• The re-application process for a big federal grant to help fund new water lines will once again be sent out. That could add a second watermain coming into the island from the county that could mean completely reducing the need for water storage on the island.

• City Hall updating will be discussed, following up on the last renovation from 25 years ago. Perhaps this will be the year safety dispatch can be moved out of the old “drunk tank” cell.

• Even the Folly Boat is back.

What isn’t known is who will run for open seats on City Council, with filing closing Feb. 7 and an April 7th election, 90 days later.

Three seats are up, including ones held by Eddie Ellis, Laurie Hull, and Teresa Marshall. Only Marshall responded by deadline to an email asking whether they planned to run. Marshall says she hasn’t made up her final decision.

Councilman Rich praised the city for its work over the past year, saying it took care of little stuff and discussions and planning to pave the way for a bevy of accomplishments this year.

“Flooding isn’t going to go away; we’re an island, we’re going to have those issues no matter what,” he says.

Rich adds that the city needs to maintain its vigilance on areas like preservation, striking a balance between full-time and part-time residents, as well as increase more and more safety measures for those walking and driving on the island.

Rich says that no one at City Hall is sure about the timeline for replacing the Folly Pier, but he notes that the county put out requests for plans recently and hopes work will skip over the summer vacation market influx.