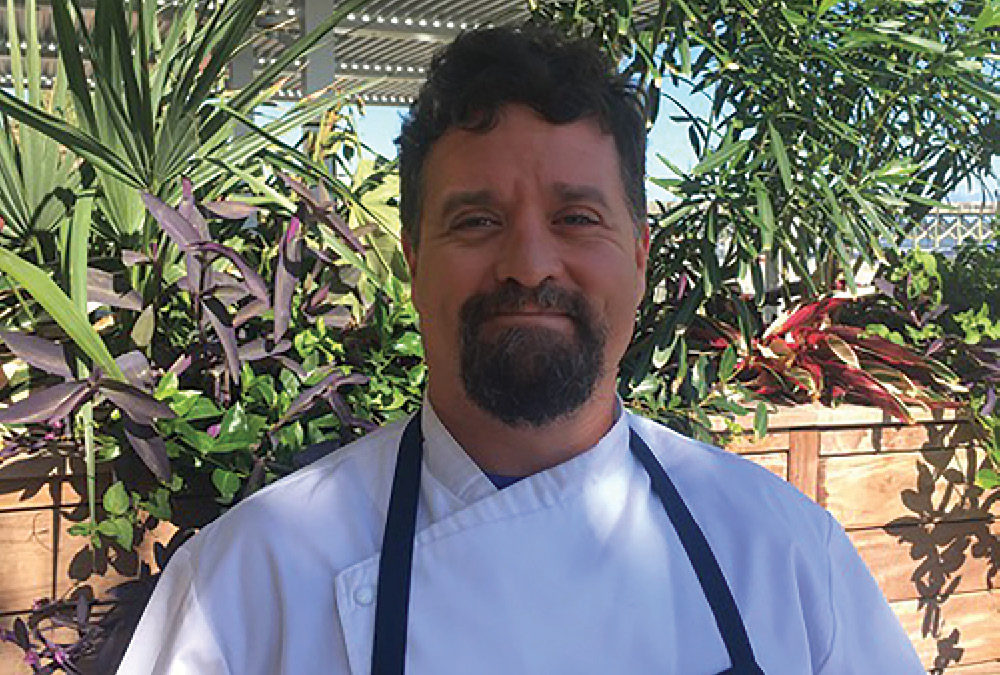 Avocet Hospitality Group recently announced the hiring of Todd Garrigan as Executive Chef of Tides Folly Beach, including for its flagship restaurant Blu.

Garrigan has been a Chef for a quarter of a century and has been sharing his culinary talents with the Lowcountry for the past 15 years. Garrigan is probably best known for his time as the chef and owner of the Craftsmen Kitchen & Tap House in downtown Charleston and as a chef at the upscale Mexican restaurant Pancito & Lefty.

Prior to coming to Charleston, Garrigan worked in various kitchens in Atlanta and Washington, DC. His signature culinary style is rustic, with strong Mexican and Southern influences. Garrigan loves to layer flavors and give a single ingredient various profiles in a dish. Though he has developed a personal style, he easily adapts to new surroundings and environments.

When not in the kitchen you can find Garrigan coaching baseball, exercising, or relaxing on the couch.