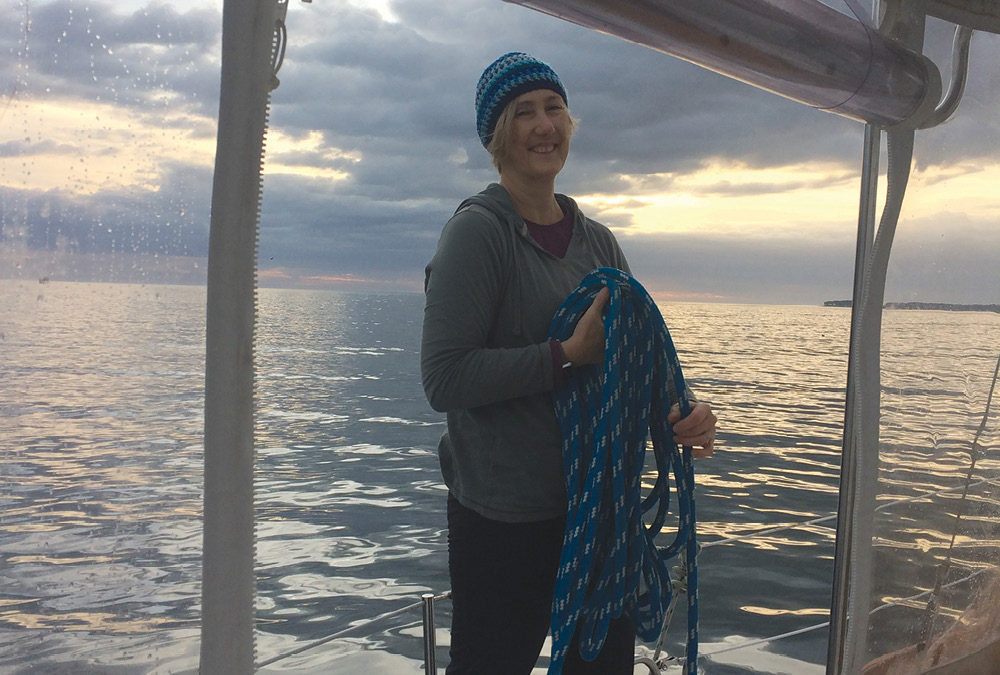 A Close Call for Spartina

Spartina, our aging 41-foot sailboat, sat idle for almost a year and a half before I decided to motor her 500 miles north for a minor refit. Boats shouldn’t sit idle. Understandably, her grumbling started soon after getting underway.

On the first day out from Folly, the water pump failed. I fixed it. The second day, I found water in the port fuel filter. I emptied it. During the entire trip, Mr. Westerbeke (Spartina’s auxiliary diesel) occasionally stumbled when lined up to the starboard fuel tank, proving especially worrisome when maneuvering through a bridge, for example.

At three miles wide with a 20-mile long fetch, the strong north wind produced a formidable 3-foot chop right on our bow. Spartina’s 27,000-pound bulk softened the wave’s blows as we slogged north for the rest of the afternoon. An hour before sunset, we took refuge at the Alligator River Marina.

This Marina is nothing more than a roadside convenience store with a dock. We took on fuel and walked to the store to check in. “If you want chicken, you need to order it now”, the clerk told us. Julia ordered 8 pieces, mostly dark meat. I looked past the clerk to see an aged woman who I figure fried our chicken. It was excellent.

We were one of two transient boats pinned by the north wind against the dock. I spent the rest of the evening and half the next day scheming our escape plan. The wind wouldn’t allow me to push the boat away or drive away from the dock without hitting the other transient boat. Somehow, I had to gain enough maneuvering room to get away from the dock and resume the journey north.

I figured our best chance to escape was to spring the stern away from the dock. In theory, by doing this, we’d create enough maneuvering room to gain control of Spartina before being blown back into the dock or the other boat.

A complicated maneuver with only one shot to get it right, Julia and I rehearsed our moves. I wrapped a line from the bow around a piling, then back to Julia. She held the line tight while I drove Spartina forward with the rudder hard to starboard.

Once pivoted perpendicular to the dock, I backed Spartina rapidly before the wind caught us. Julia began pulling the line loose from the piling only for it to wedge tightly into a plank, helplessly tethering us to the dock. To avoid a spectacular slow-motion crash, she quickly un-cleated our bow line, leaving it as a gift to the marina.

After backing a safe distance from the dock, I shoved Spartina into forward gear, turned to port and throttled hard. We cleared the dock, the other boat, then exited the marina and headed north to cross a lively Albemarle Sound.

Anton DuMars, a coastal geologist and longtime Folly resident, has been told by many that sailboats should go south in the winter, not north. To contact Anton, email sailspartina@gmail.com or visit www.sailspartina.com.