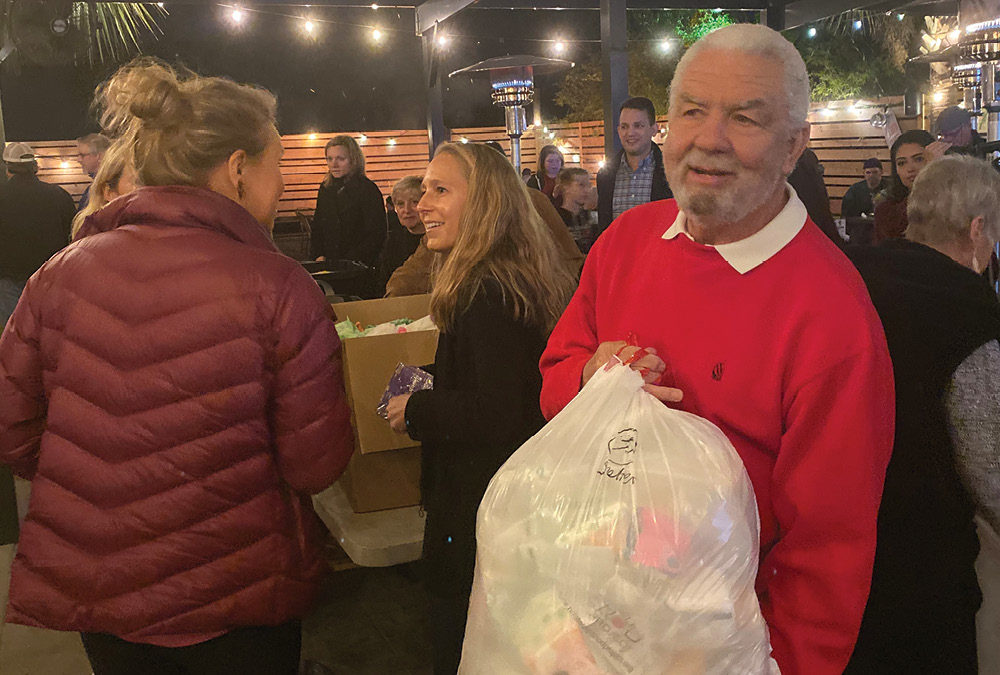 Fresh from attending a leadership conference at the Riley Institute at Furman University, Goodwin is throwing his weight and effort behind an effort to remove state sales tax from being applied or collected on women’s products, like tampons.

Goodwin was part of a group at the institute, which has been guiding good governance across the state for years, that heard from an upstate organizations’ struggles to get tampons and the like into the hands and purses of homeless women.

Goodwin’s group decided to champion the effort, but expand its focus to statewide. That group joined with an effort led by state Rep. Krystle Matthews (D-North Charleston), who has pre-filed a bill to have women’s personal products included on the state list of sales tax exempted medical items.

Goodwin says he was happy to join Matthews’ efforts, as “it would look stupid if it was just men standing there asking for this.” He praised Matthews’ tactic of getting the items reclassified, as it would “not reinvent the wheel.”

State Rep. Peter McCoy (R-Charleston), a downtown lawyer whose district includes Folly Beach, has pledged “to do what I can to help.” McCoy has stopped short of co-signing Matthews bill, saying he first wants to read over its wording.

“Part of what we are doing is making a point over if the state has sales tax exemptions for ridiculous things, why not have them for things that, like it or not, half of its residents have to purchase,” says Senn, who points out that most of the exemptions on the books were for farming-related products. No surprise, she says, as the legislature used to be dominated by farming members, nearly all of whom were men.

Goodwin also chides the state for its lengthy list of exempted items, which includes everyday expenses like power to heat and cool homes and medicine to the “ridiculous,” like sweetgrass baskets and twine.

State Sen. Hugh Leatherman (R-Florence), who oversees the final iteration of the annual state budget as the chair of the powerful Finance Committee, has long lambasted the twine exemption, which extends to various wraps in the shipping and trucking industries.

Many of the items still on the tax-exempt list are there, Goodwin says, thanks to the work of lobbyists. Goodwin says he has no problem going to battle against the packing materials lobbyists “because they were the same lobbyists fighting against us trying to do away with plastic bags on the beach.”

“On that issue, I am in lock step with Sen. Leatherman,” he says.

It may still be tough sledding, as changing the sales tax exemption list has proved difficult. Consider the rule of thumb in the Statehouse as it comes to what is actually taxed: half of whatever is rung up is tax exempt and there are practically no taxes collected for services rendered, like tax prep or dog walking.

A deeper dive into the state’s sales tax structure with a member of Statehouse brass who requested anonymity, shows that less than half of what anyone ever buys at a register gets taxed in South Carolina. Beyond gas and electric for housing, add to that list things like medicine and newspapers (DON’T TOUCH THAT ONE! … Wait, this a free publication).

So roughly only one-third of the state’s sales economy is not subject to state sales tax.

Even then, the exemptions list appears to be sacrosanct. Consider that close to a decade ago, state Rep. Tommy Stringer (R-Greer) was tasked with shrinking the exemptions list. In the face of the state’s massive economy, he could only get $118 million in exemptions on the chopping block. That number was further whittled down to close one-tenth of that amount, and even then, it died in committee, thanks in part to lobbyists’ range and power.

And just because there is close to $1.8 billion in new recurring and non-recurring tax collections projected for the 2020 fiscal year, doing something as taking care of half of the state’s residents may prove tough.

Even for an exemption that could cost the state $50,000 of its projected nearly $10 billion annual budget.