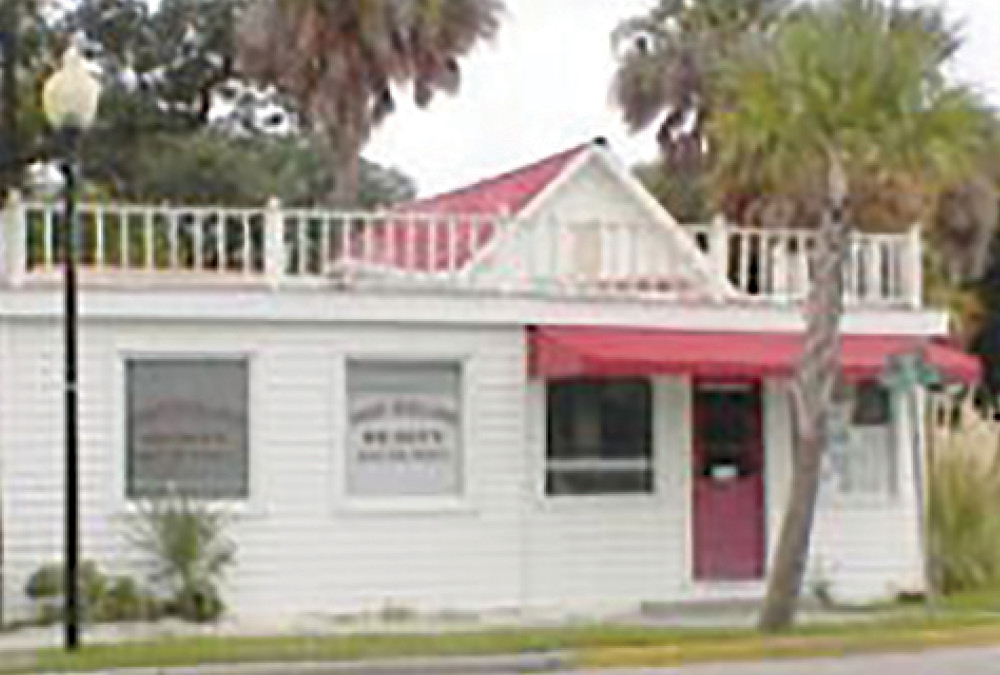 For the past 45 years, rain or shine, recession or boom, war or peace, Fred Holland Realty had stood at the corner of E. Huron Avenue and Center Street. Its red roof welcoming visitors and homeowners to Folly Beach.

That all changed recently when what had been the 400-pound gorilla of island rental companies lost the very building they’d been located in for four-plus decades to a rival and had to move around the corner to Hudson Avenue next to what had been the ‘Wich Doctor restaurant.

Carolina One Real Estate purchased the Center Street building in 2018, and the Folly-grown Fred Holland Realty, now owned by LaJuan Kennedy, held the lease with Mr. Holland’s heir until the end of November. After that, they were gone.

And while all of the original buildings still stand, the question remains — for how long, and what’s going to eventually call that central corner home?

“For 45 years we called that ‘home,’” says Kennedy. “When we first went in there, there was just a tiny screened-in porch on the front little building. It had been a little efficiency that plenty of the old guard people from Folly would come by and tell us they used to rent at one point.”

Kennedy admits that she hated to leave the old spot behind. But says her company has a chance to start a new story at their new location just around the corner.

She, too, wonders of what will become of the ragtag line of cottages and little buildings that came to be Fred Holland Realty. “Legally, they can tear it down if they want to,” she says.

Kennedy wanted to stay put, but Holland’s heir wasn’t interested in renting it out and wanted to sell. She tried to work a partnership deal with a nearby church, to buy and subdivide the property so service attendees could have more parking spaces. But it wasn’t enough.

“Everything works out the way it’s supposed to,” she says.

Carolina One president Michael Scarafile says he tried to work out something with Kennedy, but it didn’t work either. So, his company dropped close to $1 million to buy the property.

Carolina One Vacation Rentals currently manages 50 properties on the island. The company is a standalone business from the rest of the offices, and good thing it’s named differently, since Folly ordinances prohibit “formula businesses” from taking root.

Upon inspection, Scarafile says he immediately found a series of buildings linked by structural damages, water intrusion, mold, rot, low ceilings. You name the real estate nightmare, and his newest property had it.

The problems, he says, were so severe there was no way he could fix it and stay under a city ordinance that limits property owners to spend less than 50-percent of the property’s value in upgrades without lifting the building up a story.

Scarafile, whose company operates 14 offices throughout the region, says they are taking their time and that there is no rush for the final plan.

Mayor Tim Goodwin says that he believes the plan is to keep the front building in place for the foreseeable future, but to tear down the other smaller buildings that face on to Huron.

Scarafile says the current plan is indeed to keep the front building as-is for now, and tear down the two buildings in the back, including the steel shed, sometime in the next months. “I loved the building so much, I bought it,” he says.

And then work to create a plan for a new building fronting onto Center that works for everyone in the community. After meeting with the city and Council, he says two mandates have emerged.

“One, Folly doesn’t need another T-shirt shop,” he says. “Two, no one wants anything overpowering or that would make Center Street feel claustrophobic.”

Mostly, Scarafile says he wants to preserve “Folly’s funkiness” and stay as far away from anything that could make it “IOP 2.0.” As evidence, he points to his own E. Ashley Avenue house which he painted the top floor pink and the bottom floor blue.

“Our desire is to come up with a plan with plenty of community input,” he says, pledging to put pictures of the plans in the windows of the front building to keep everyone informed.

One of the early big pushes is for some sort of office space, with conference rooms and a shared receptionist. “There are very few places for people who live on Folly to run their business on Folly,” says Scarafile.