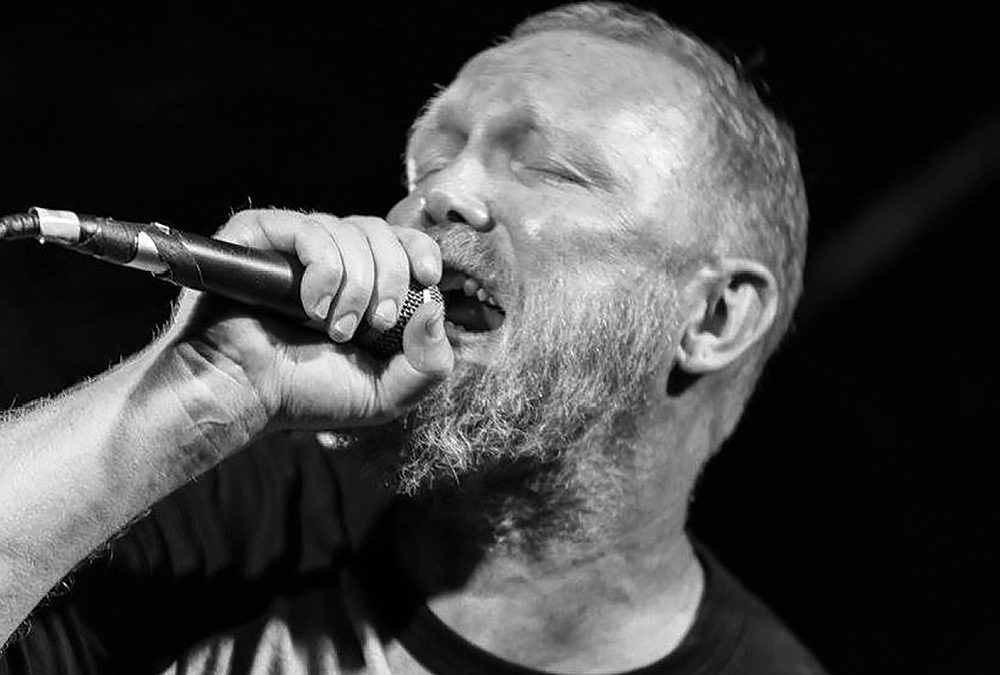 “There really wasn’t a time I don’t remember singing,” says local musician Malin Wagnon. To this day, Wagnon cherishes growing up watching Heehaw on television, which featured country legends such as George Jones, Merle Haggard, Charlie Pride, Waylon Jennings, Reba MacEntire, and countless others. One of the show’s hosts was the late-great Buck Owens, whom Wagnon named his son after. Magnon would watch Owens play music with his trademark red, white, and blue acoustic guitar on the tube every Saturday and think to himself: “That’s the raddest thing in the world.”

Growing up in a musical and spiritual family, Wagnon remembers his father singing with a lot of personality and his mother playing the piano and singing. He tips his hat to his father’s family, who kept horses in West Texas, for his cowboy country music roots. Being around horses again, thanks to his daughter’s interest in the sport of barrel racing, has rekindled Wagnon’s earliest memories of living in Texas. He was born in El Paso and witnessed the cowboy life of his father’s family first hand at a young age.

Inspired by ’80s rock n’ roll artists like AC/DC, KISS and Cheap Trick, Wagnon started playing music and developing his own style of rock. “I was the only kid in 7th grade that I can safely say claimed Steely Dan as their favorite musician,” admits Wagnon. Influenced by the music of popular artists like Pat Benatar, Michael Jackson, and Journey, as well as metal bands Quiet Riot and Van Halen and the great Robert Plant of Led Zeppelin, Wagnon performed at his first gig when he was only 13 years old. His stepbrother booked him to play a dance in Birmingham, Ala. for $30. Donned with bandanas wrapped all around, he threw one in the crowd in a fury of rock ‘n’ roll. To Wagnon’s dismay, he recalls it was thrown back to him after it had been used as a snot rag.

From playing school dances to playing professionally, Wagnon’s performances have come a long way. Most of that growth has taken place over the last two decades since moving to Charleston. The scene has also grown in that time. “I moved here in 2001 and I’ve seen the music scene really blossom. It used to be much more homogenized, over time people have moved here who have helped it develop and grow,” says Wagnon.

Wagnon recently graced the stage at the Charleston Pour House to perform music celebrating the 50th anniversary of the Woodstock Music Festival, singing a fiery version of Joe Cocker’s “Feelin Alright” in addition to songs by Credence Clearwater Revival, like “Born On The Bayou” and “Susie Q.” He also performed a spectacular rendition of The Who’s “Summertime Blues.” The show ended with a grand finale of The Band’s “I Shall Be Released” and “The Weight”, with Wagnon singing during both encores.

On Sunday, Sept. 22, Wagnon performs at Surf Bar, with his band G.M. Wagnon’s Horse Camp, which features Alan Schmidtt on bass and Steven Sandifer on drums. You can also catch Wagnon and a host of other talented musicians Thursdays at the Drop In Bar & Deli for Stratton Moore’s weekly jam session.

In addition to playing covers by The Grateful Dead, Neil Young, John Coltraine and Elvis Pressley, Wagnon enjoys sharing his original music with his audience.

When writing music, Wagnon’s wife, who’s a huge fan of bluegrass and roots music, advises him to, “Just be simple, don’t try to impress anybody, just write from your heart.”

“Music is like a mainline directly into our heart. It’s difficult to resist it,” says Wagnon.  Much of his songwriting inspiration stems from stories in The Bible, the ballads of Bob Dylan, and Robert Hunter’s writings for The Grateful Dead, as well as the literature of William Shakespeare.

“I love folk music and roots music but I also love loud guitars. I’m finally getting to the point where I can fuse the two,” says Wagnon.