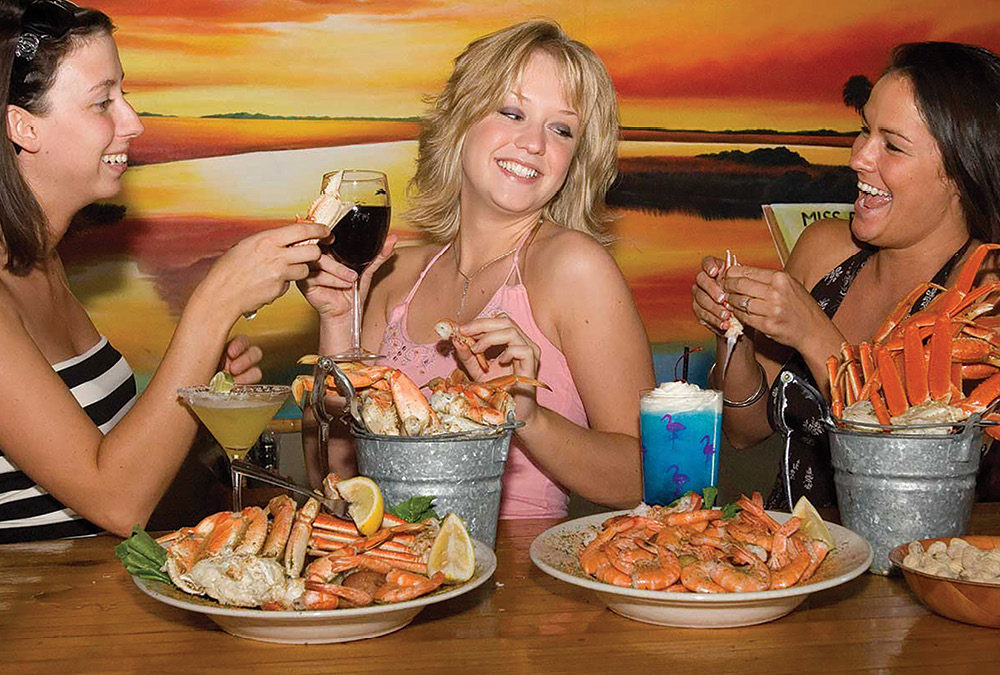 Before it was an integral part of the local dining scene, long before it received national attention as one of the best seafood restaurants in the south, the Folly Beach Crab Shack was just a dream for co-owner Ron Hill.

“My lifelong dream was to one day own and run my own restaurant,” says Hill. Now, when he looks back on the last two decades, he says he has been blessed with more than he could have ever imagined or dreamed.

It was a dream that started to materialize for Hill in the fall of 1999. It all started with a phone call from his partners Dan Doyle and Ryan Condon asking if he would be interested in running and owning a restaurant on Folly Beach. The second question was what would be a good restaurant for Folly? “Our first response was holes in the tables, seafood, and Jimmy Buffet music,” says Hill.

It was apparently a recipe for success as little has changed at the Crab Shack in the last two decades. And why should it? The Shack was named “Best Seafood Spot” by Southern Living in 2012 and manages to pull off the tricky feat of being a favorite among tourists and locals.

“Folly Beach has the biggest sense of community. The locals on Folly are truly the other side of this success story. Without them, I would not be here to celebrate the past 20 years,” says Hill. “What I did not envision was the many blessings that were going to come my way,” says Hill. “From all the locals who I have had the honor to serve and become friends with to the people that God blessed me with to carry out this task, my staff.”

Over the years, Hill says he has been fortunate to have incredible people work at the restaurant. “There are now way too many to name, but each one has played a very important role in the successes that this restaurant has seen,” he says. “I could never thank them enough, because without them, I would not have been able to turn a ‘hole in the wall’ place into one that is filled with passion, love, and the very will that everyone that comes through that door should feel like family.”

To celebrate 20 years in business, The Crab Shack is offering Alaskan snow crab legs for $20 per pound during November and December.