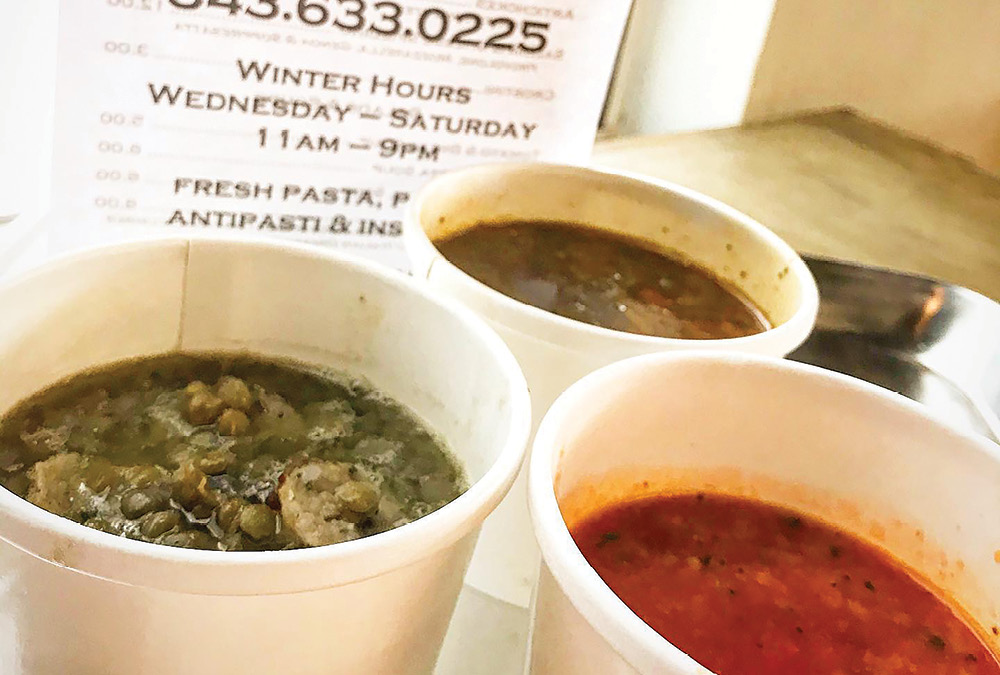 Chef Michael Scognamiglio opened the doors of Alfredo’s on Folly Beach on Thursday, Feb. 20 to the surprise and delight of locals who have been anticipating this since word of it began to spread last year.

When the ‘Wich Doctor on West Hudson Avenue closed in the fall of 2018, it left a vacancy not only in the building but in the hearts of many with the loss of chef/owner Jeff Butler. The space has been empty ever since, and many wondered what, if anything, would take its place.

Scognamiglio, who was formerly the chef at popular Mt. Pleasant Italian eatery Bacco says he had visions of opening a small, pasta-focused restaurant for quite a while. According to Scognamiglio, he felt the former ’Wich Doctor space was perfect for his concept of fast casual Italian dining on the beach.

Adding paninis, soups, salads, and a few antipasti plates to the menu makes it a viable lunch option as well. And the counter service concept allows for a laid-back atmosphere.

“Folly didn’t have an Italian option so I thought bringing something new to Folly would work well while hopefully giving locals a new cuisine that they will enjoy,” Scognamiglio says.

The menu is very approachable, with a ‘build-your-own’ pasta situation as the heart of it. The hand-made artisanal pasta is imported from Italy, with options such as pappardelle, gnocchi, cavatelli, fettucine, and fusilli. Top any of these with a delicious list of fresh sauces like beef ragu, carbonara with pancetta, and almond arugula pesto to complement them. Additions of meatballs, vegetables, sausage, chicken, or shrimp can be added as well.

Shareable plates of marinated artichokes, salumi and cheese spiedino, or giardinera are a great way to try some classic Italian bites. Paninis such as chicken parm, caprese, and porchetta are listed, and they can be enjoyed with Italian slaw, a Caesar salad, or a sausage and lentil soup amongst other things.

Award-winning locally-made gelato from Cirsea is also available in a variety of flavors, as well as cannoli or a traditional tiramisu is a sweet ending to the meal.

Beer and wine will be available soon, but for now it’s just fountain drinks. Seating is available inside for now, but patio furniture for outdoor dining is on the to-do list as it warms up. Seasonal hours are currently Wednesday-Saturday, 11 a.m. to 9 p.m.

Chef Scognamiglio is no stranger to Folly Beach. He grew up in Greenville with his family and vacationed on Folly Beach often before attending the College of Charleston. During that time he started his first kitchen position working at the old Holiday Inn before it became the Tides Hotel.

So although he’s doesn’t live on the island, he’s definitely got some long-standing ties to Folly and a love for the island and the people of Folly. Scognamiglio says he’s looking forward to becoming a staple in our restaurant scene.